To start out on a positive note, recently I have cleaned my room! This is a feat, as it was hard for me to clean my space. This was because I hadn't quite been able to think of a home for everything, being just-moved-in and in a new living area made my surroundings different than what they had previously been. Of course, I still have main structures like my bed and my dresser and the like, but closet space has proven itself to be significantly smaller. I would like to delve into the Marie Kondo method once more, even though I decreased the amount of things I had on my person while moving out. Moving all of your belongings at once makes you realize just how much you have. I look around my room as I type and already see things that, although sentimental, could be donated and given to other people. I think it is important to have sentimental attatchments, but if a slight warm feeling is the only thing keeping you from getting rid of wasted potential like you know you should be doing, is it really worth it?

Moving onto DIGITAL minimalism, I would like to move one step further. In my last two blogs, I mentioned this app-blocker that lets me lock apps and not use them. Today, I want to delete all unneccessary applications. I have been pretty successful at not using the apps that I cannot access, but I HAVE been installing some more as time goes on (tetris, co--star, clue, sudoku, wordling, blockdoku). When I first installed tetris, I was OBSESSED. Every year I get a phase where I get back into tetris. The rush that you get when it goes so fast you can hardly think is just so thrilling to me. I know these apps may seem boring, but I do not care if you find me boring. I would like to have things that enrich and nourish my brain, such as sudoku, rather mindlessly being suggested media that is thrown my way.

Taking inspiration from the SoftHeartClinic, I am going to be more organized in my updates now.

I was spending a LOT of time on tetris (and... saddening to admit, discord). I think now, I am going to set timers on ALL applications that I use. I do not want to spend more than 2 hours on any given app a day, and I think for right now that is a realistic goal. Texting is fun and all, but like the SoftHeartClinic has stated, I find in-person exchanges to be more fufilling as well.

So, for now I have two goals: A. Delete all unneccessary apps. B. Set a timer on EVERY application. No exceptions.

I still spend a lot of time looking at blue light. Whether it be my phone; Tetris, Discord, Sudoku, or the like, it is still a lot of things that produce blue light. Even using my blue light filter on my phone can still give me headaches (I also could be dehydrated, but that is another personal goal to work towards). Or, whether it's my laptop/TV; Neocities, Netflix, Video Games, and Drawing. I think that a LOT of things that were once proudly paper-and-pen have turned into another convenient app you can carry with you on-the-go. My only gripe with this feat is.. "what if there's no power?", and of course, blue light. I think another goal will be to let myself install another application: A blue light filter. Yes, I have one already built into my phones UI system, but I would like one that lets me control the amount of filtering that is done (which my phone does not let me do).

Throughout the time between this and the previous digital minimalism blog, I have installed and un-installed tinder. To me, tinder is more of a game. It doesn't really have any emotional connection for me, which is mostly why I deleted it. I just cannot take the online-only interactions seriously, especially when I have in-person presences that I admire way more than some rando online. Tinder was just eyecandy, it was fun to play and talk to the people on there, but I knew deep down that it would never be something more than that. I like being myself, being around others, far greater than creating a profile I think will be like-able.

Although I have my gripes about dating apps (and particularly my use of them), it has inspired me to do something that I REALLY enjoy: Drawing. Drawing is really nice for me, and although I haven't been able to find my prismacolours since the move (SAD FACE!!!), I have done well with my selection of colored ballpoint pens. Another real-time activity I have been going for at the lack of my phone is pushups. I want to do these everyday, but I have been lacking recently in that goal. I also want to practice playing my cello more. I just need to dedicate time to it, is all. Self discipline is hard, but feels really rewarding. 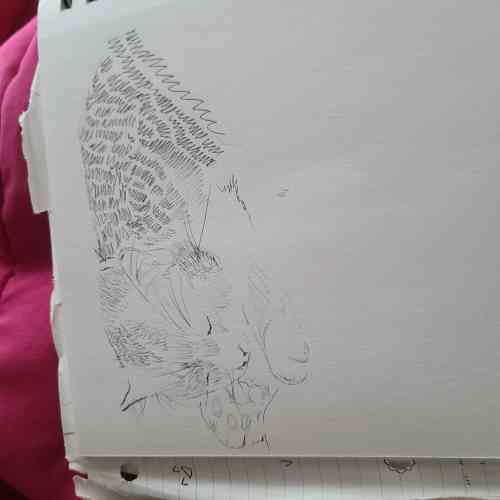 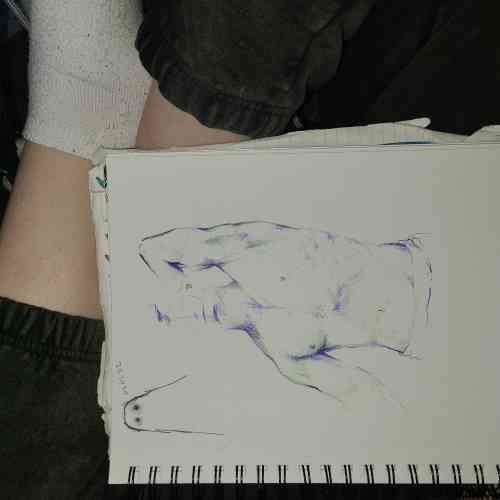 These are some drawings that I have created since, and I really enjoy creating art because of how mindful it can be. I can really get focused and be sucked into whatever I am doing if I let myself, and it feels really nice!

I have also been trying to use my phone for the greater good (not of society, just in terms of self-improvement). I am able to put notes that I have on the homepage using widgets. I have tried to create a bedtime routine, and also create checklists that need to get done. I have lots of reflections and works within that app, and I think if anyone except for myself were to read it, it would be quite embarrassing. It feels good to do things that I know are helping me, even if it doesn't seem that big of a feat. I love the notes app, and if you are reading this, You should, too. What a wonderful creation. It just keeps getting more and more advanced, too, I am able to draw and look at pdf's in it as well! Highlighting text, anything you could think of.

Now that I have deleted the blocked apps, it feels really nice to look at my folders (I have my apps organized into : Social Media, Necessities, Social Media, Shopping, Games, Misc, and Entertainmemt) and not see a bunch of gray-scale, lifeless projects. I think with these updates and further implications, I will spend even less time on my phone. Yay me! Here's to another reflection on: DIGIMIN.